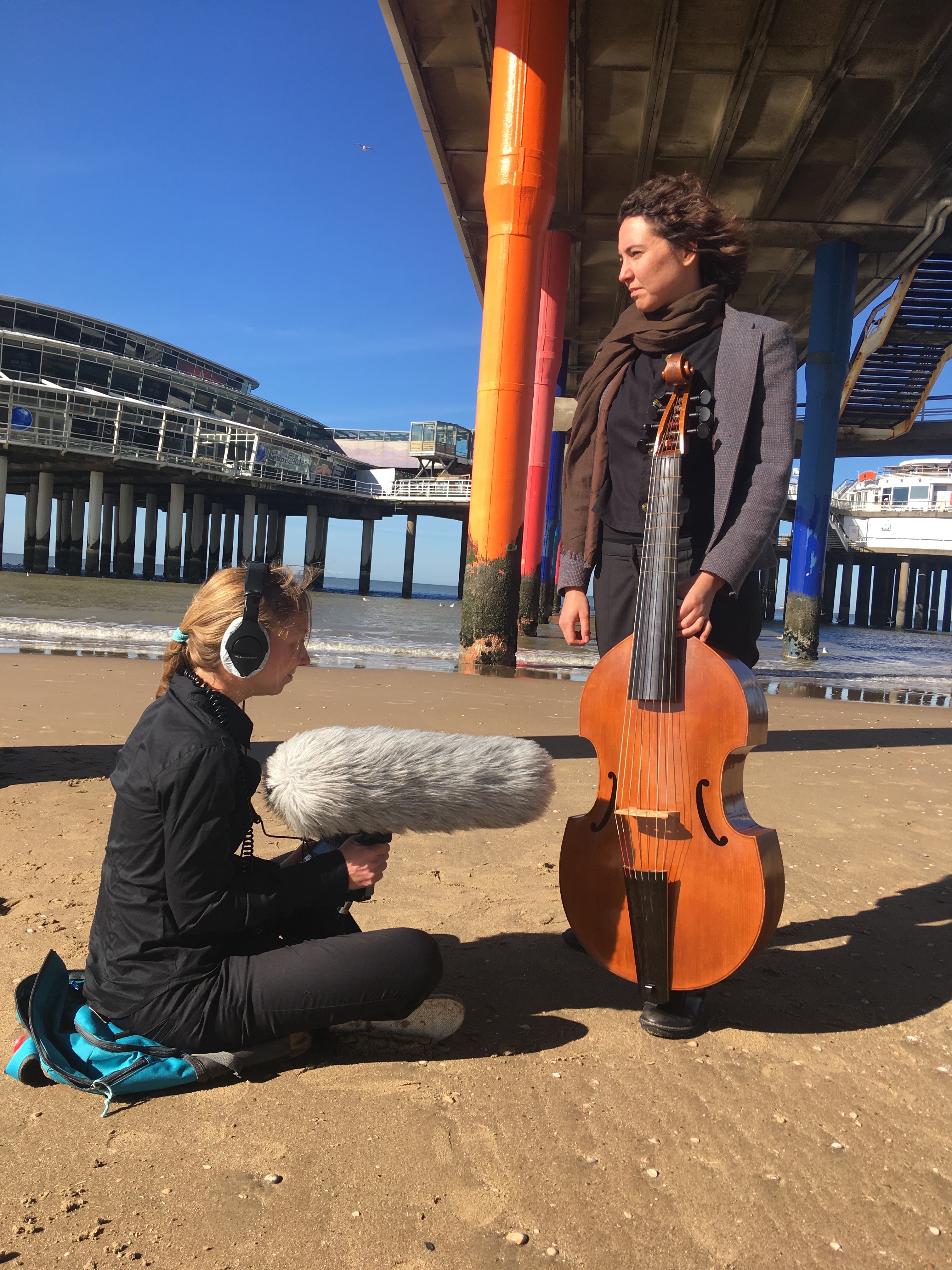 A brand-new collaboration between Brussels-based instrumentalist Rebecca Lefèvre (Viola da Gamba), and The Hague based composer and performer Leonie Roessler (Composition, Live Elecrtronics, Field Recordings). A blend of the sounds of the outside world and this historical instrument, minimal and new.

Below the three movements of Sonata 1, with field recordings that I made during my residency for The Story of Space Festival in India.

I recorded the mangrove forest in India at night - listen to the seeds pop, and to the cries of strange birds in the dark…

The liveliest park right in the center of Goa, circled by cars, scooters and crows.

Rebecca Lefèvre grew up in Sweden where, from an early age, she played the piano and the cello.

In 2004, her interest in early music and history inspired her to begin studying the viola da gamba with Keren Bruce in Stockholm. From 2006, she studied the viola da gamba with Philippe Pierlot at the Royal Conservatory of Brussels where, in 2011, she obtained her Master’s diploma, with distinction. During her studies, Rebecca had the privilege of having private lessons with Wieland Kuijken. She has also participated in master classes with Paolo Pandolfo, Jordi Savall and Vittorio Ghielmi.

Rebecca is a co-founder of several chamber music ensembles as for example BlackSpot, The Lab, Amaranthus, Artimisia Consort, LinGon. In 2016 she founded the viol consort Eos Consort which focus on renaissance music. She plays regularly with several other chamber music ensembles such as Lux Beata, BachPlus and Currende. Additionally, she is playing with orchestras such as Trondheim Barokk and Le Concert d’Anvers, and has performed with conductors such as Sigiswald Kuijken, Philippe Pierlot and Wim Becu. She has participated in CD recordings and concerts in Europe and Japan.

Rebecca is currently studying the lute at the conservatory with Xavier Díaz-Latorre.