Cultural Spaces is a sound installation project that was recently featured in The Story of Space Festival (India), twice in Iran for Limited Access Festival and at New Media Society, and twice in the The Hague during Hoogtij and Museumnacht at the Nutshuis. I made two pieces of the material from India - A portrait of Panjim and an intimate village scene called “Kalpit’s Kitchen”. Eerie sounds of the mangrove forest provide a bridge between the two.

The pieces went on tour in Iran in the beginning of 2019 - with the generous support of STROOM DEN HAAG, and the logistic help of New Media Society, which hosted me as artist in residency in Iran.

They were installed at Noein Space in Tehran, in the catacombs beneath the central mosque in Yazd, and in the amazing Motorkhooneh gallery in Shiraz, 20 meters underground. Below a time-lapse of the installation set-up, and a time-lapse of a bit of the opening afternoon.

I spent several days recording sound in Shiraz - the material for the next installation. Where might that take me? 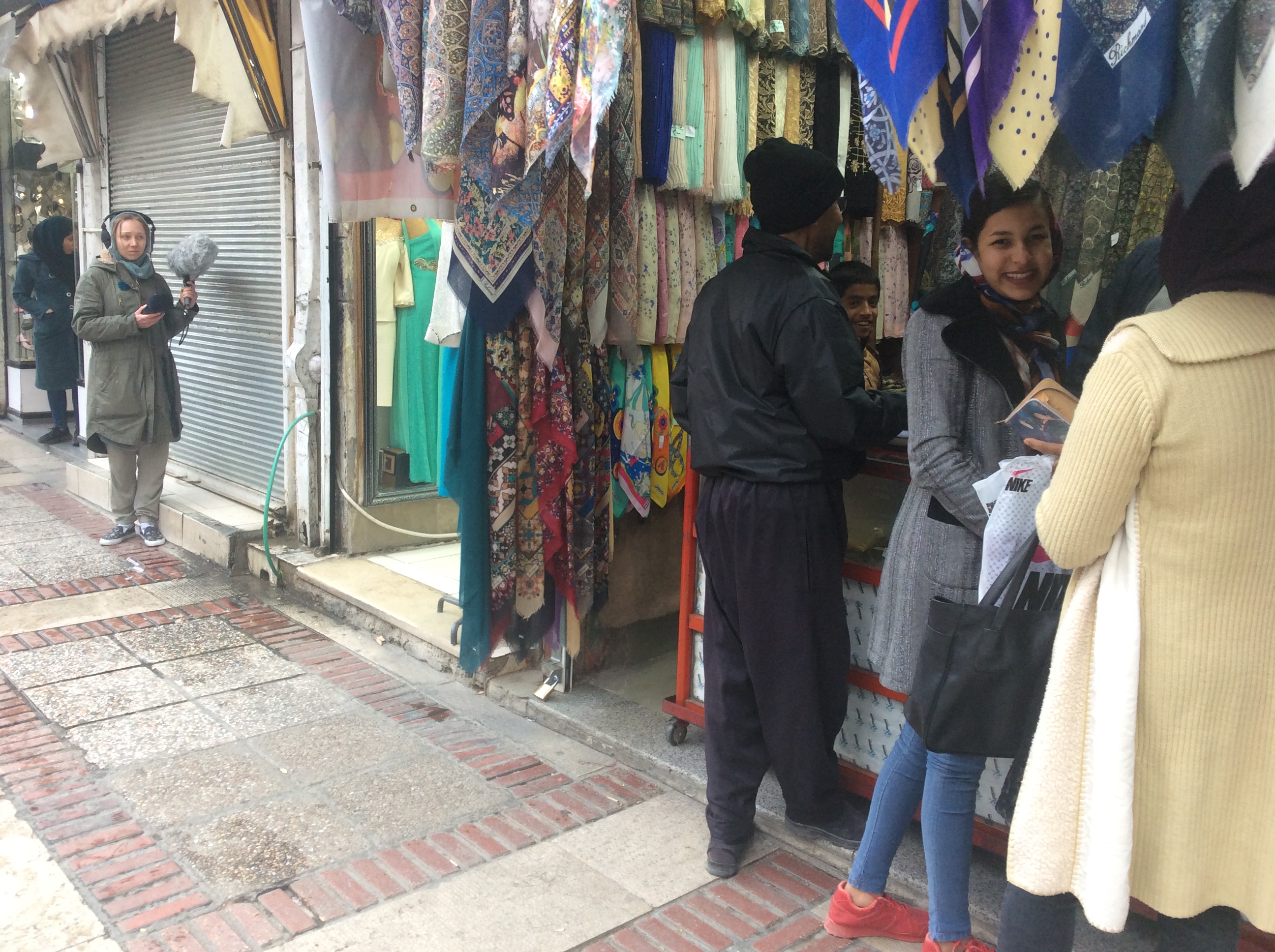 A number of Cultural Spaces pieces were featured on the radio for Radiophrenia Art Radio Festival, Concertsender, Lights Out Listening, Syrphe Collaboradio Berlin, Musica Dispersa Radio, and Radio RAAR. My cycle of six The Hague pieces was featured monthly on The Cutty Strange on Wavefarm. The portraits of Tehran and Isfahan that have their origin in Limited Access Festival were released as an album Tehrsfahan at Musica Dispersa Records in Barcelona.

“Harbor”, part of the The Hague series, was competition winner for GRIT Collaborative in the US. “Haagse Markt” and “Grote Kerk” were winners of the Ars Electronica Competition for Forum Wallis, Switzerland.

“Panjim and Then”, product of the Field Recordings made during The Story of Space Festival in India, was presented by Azimuth Foundation at Studio LOOS in 2018. I had made an 18 channel piece out of the material. “Kalpit’s Kitchen”, the second part of the Goa Installation found its home in the form of a 5-Channel Installation at Les Brasseurs in Liège, during Paul Deven’s “Dock-Ancient Palais” exhibition, where it ran for a month in the beginning of 2019.

Tehrsfahan is part of my three Iran pieces. It is a bridge between Tehran and Isfahan, a puzzle that uses sounds of both places and is slowly pulled apart. It was initially part of Francisco Lopez and Barbara Ellison’s project Audio DH.

During my residencies I have made portraits of The Hague, Tehran, Isfahan, the Lithuanian Countryside, and Panjim (Goa, India). I exhibit the portraits in the form of a stereo installation that loops. The pieces are between 20 and 45 minutes long. People can sit or lie down and close their eyes, be transported to different place. And while spending time in a place presenting my work, I go outside and find the essential sounds of that very place, so that I can make a piece from it to present to the next city that I have a chance to show my work in (and to bring it back if possible).

It is a nomad project for to be enjoyed by the general public but without compromising a high level of artistry. I carefully record my environment, sometimes returning at various times of the week and day, to be able to record all that a place has to offer. I select the most typical and interesting sounds, sometimes out of hours of material collected, and arrange it into a musical composition for the listener. I detect rhythms and patterns and layer them. I cut my sound files and use volume changes and panning, but never any effects.

The goal is to provide a work that is artistically interesting while creating an authentic portrait of a place. I am preserving something that might be gone sooner than we expect. (Will there be drones flying through my recordings in the future? Will the trams be less characteristic once replaced with more current models? What will transportation sound like twenty years from now?

I created a laptop live set out of the material I recorded in Goa. I premiered it at Helicopter in The Hague, and then played it at Musica Dispersa Experimental Night in Madrid. I will create a live set for each destination as this project continues. Below the recording from Helicopter: